ESWN Connects with Leaders in Culture and Industry

In December 2016, ESWN was honored to meet with some of the most exciting thinkers in the U.S. to discuss taking ESWN to the next level. We were pleased to have Janice Huff (Lead Meteorologist, NBC NYC), Jon Foley (Director, CAS), Jane Francisco (Editor-in Chief, Good Housekeeping), Mike and Pam Hastings (Mike was recently CEO and President of Eco-Products, and is now on the board), Chris Olex (professional strategy and coaching), and Katharine Hayhoe (scientist, professor, ESWN member). The development committee of ESWN’s leadership board, made up of Tracey Holloway, Erika Marín-Spiotta, Melanie Harrison Okoro, and Meredith Hastings, also attended, and Tracey served as meeting chair. We were thrilled to host such a productive meeting with these thought-leaders, who contributed their valuable insights about future directions for ESWN.

The day kicked off with an incredible tour of the California Academy of Sciences, generously led by Dr. Jon Foley, the Executive Director of CAS. The tour was also attended by ESWN members, friends, and leadership board members. After the tour, the smaller group went to dinner, during which the thought-leaders generously shared their expertise about ways for ESWN to expand its impact.

Since 2002, ESWN has grown from an informal group of six women exchanging emails to an international force with over 3000 members in more than 60 countries. In 2014, ESWN became a 501(c)(3) non-profit organization, allowing us to have a more formal structure. ESWN aims to continue expanding our core activities to recruit, promote, and retain women in the earth sciences, as well as grow in new directions. Our engagement with these amazing thought-leaders will help us reach these goals.

ESWN is thankful to all of you for participating in discussions on the website, attending ESWN events, and supporting women in the geosciences. ESWN’s impressive growth is not possible without all of you, so thank you!

To support ESWN, go to ESWNonline.org/give 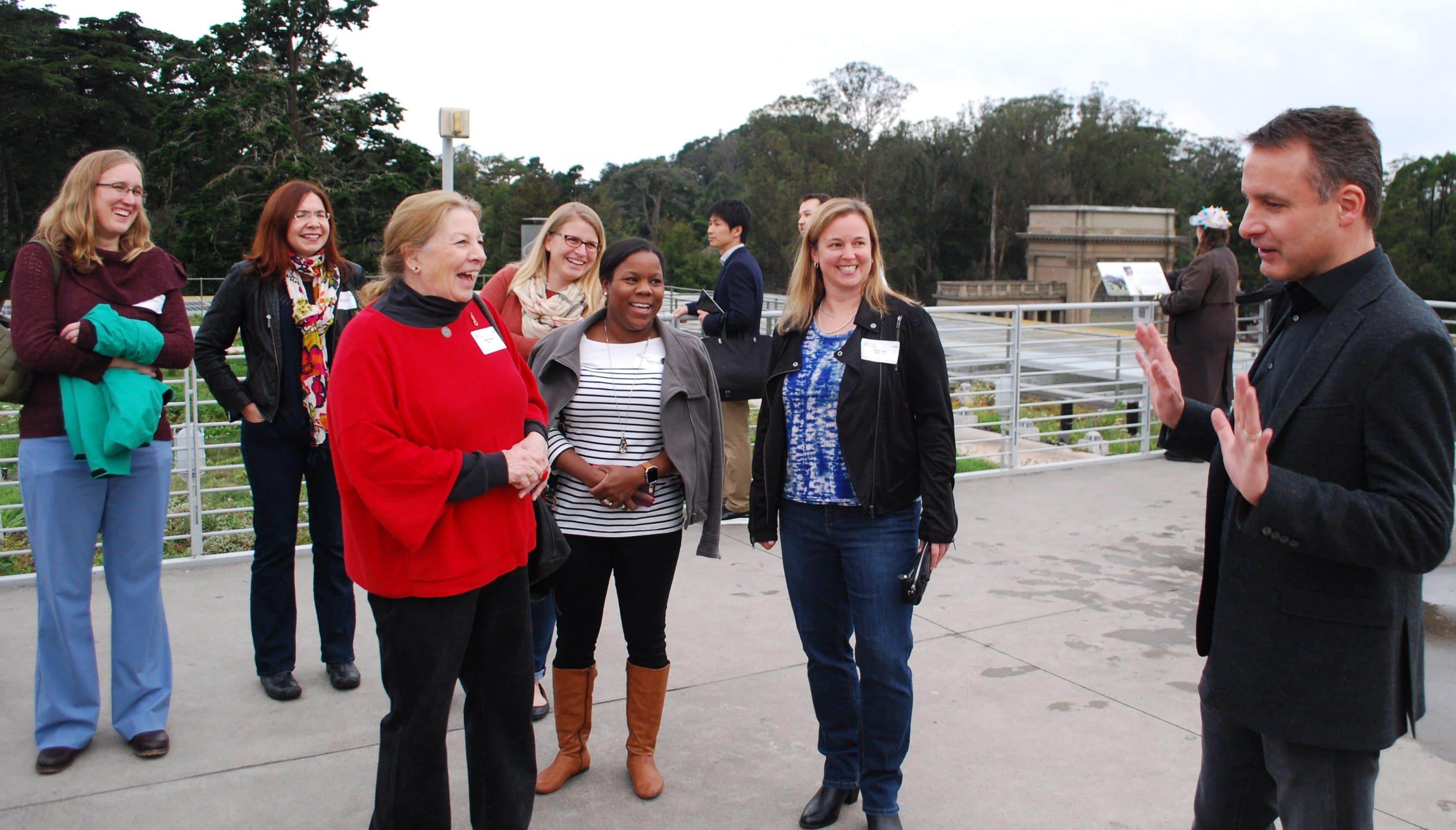 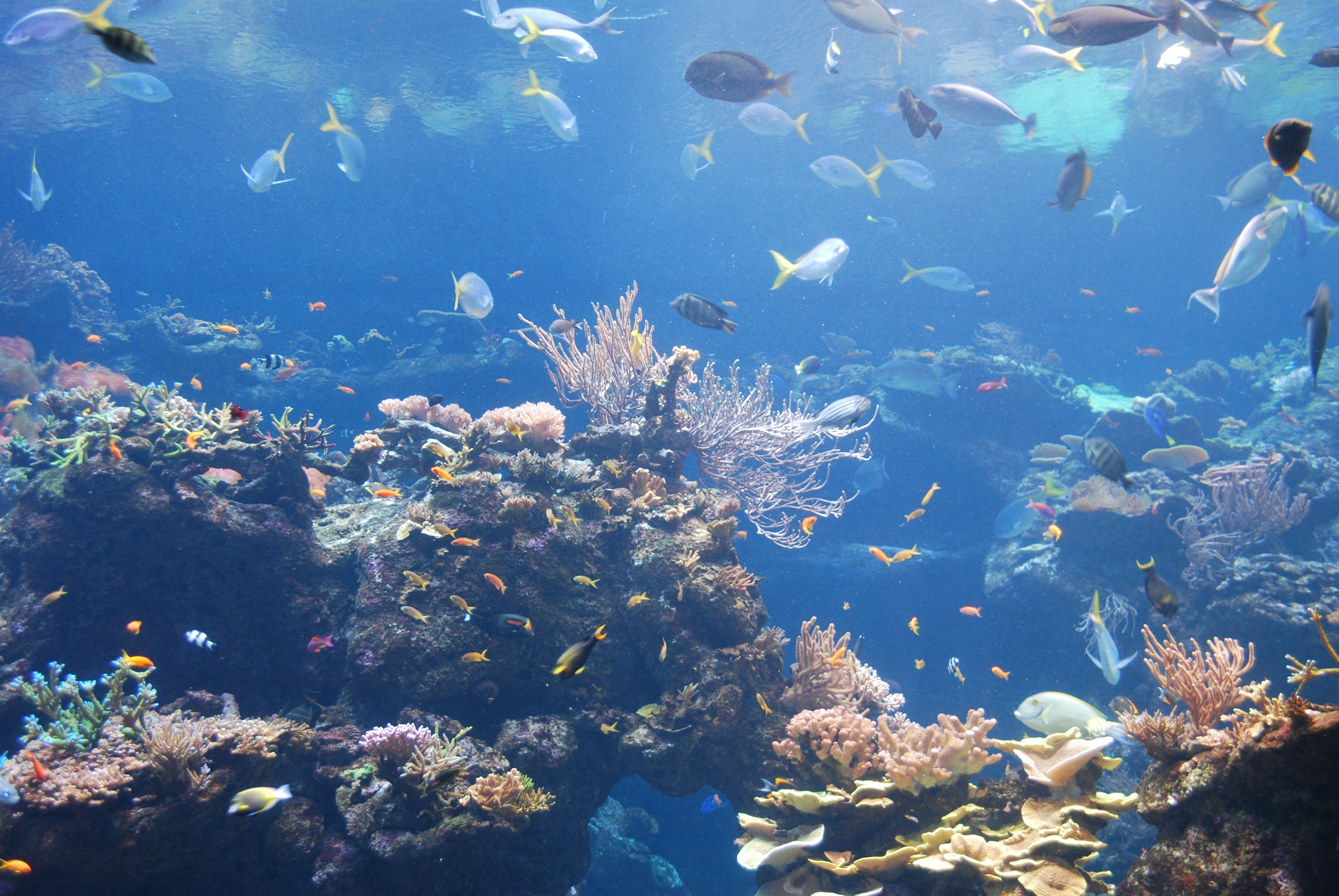 The aquarium at the California Academy of Sciences 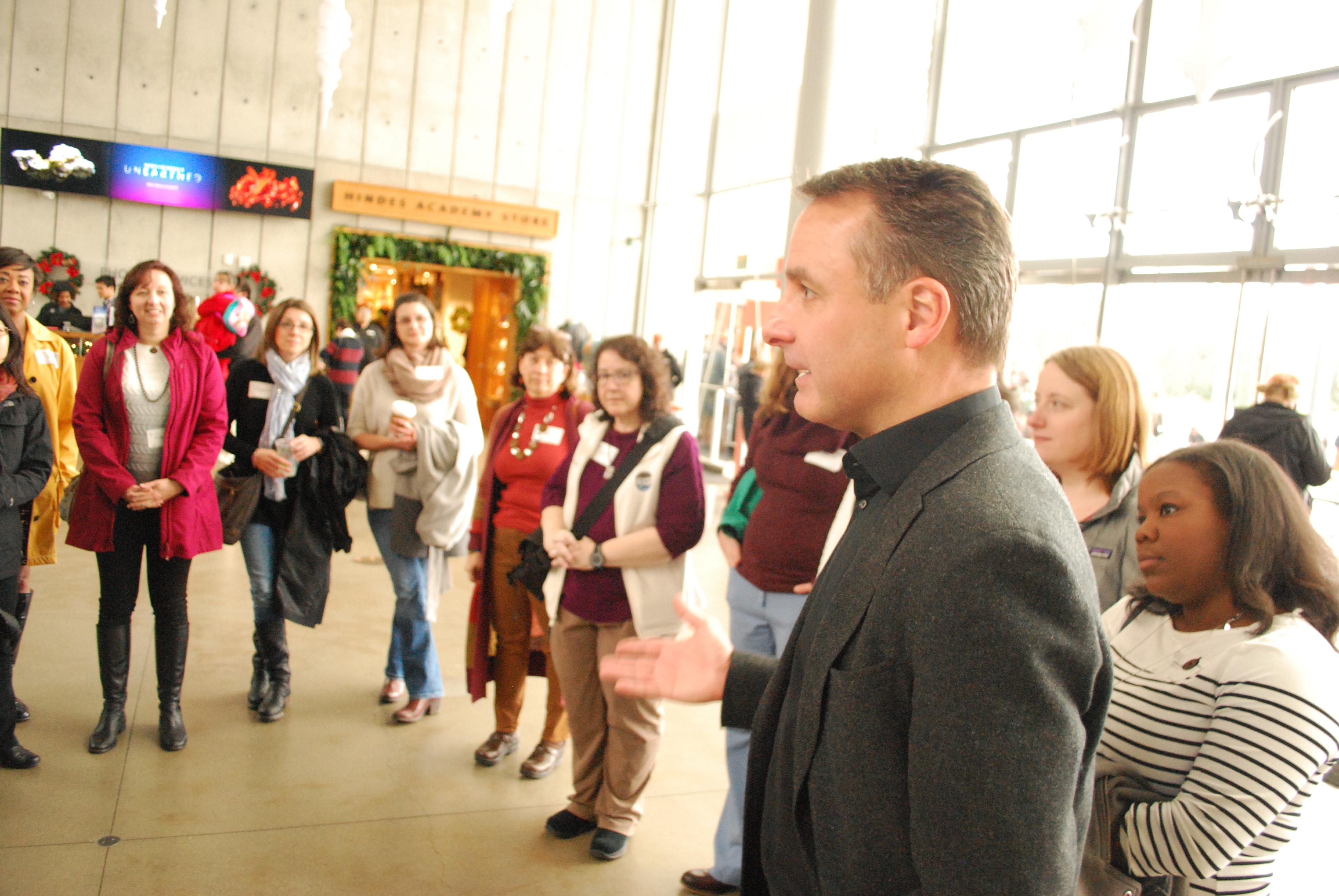 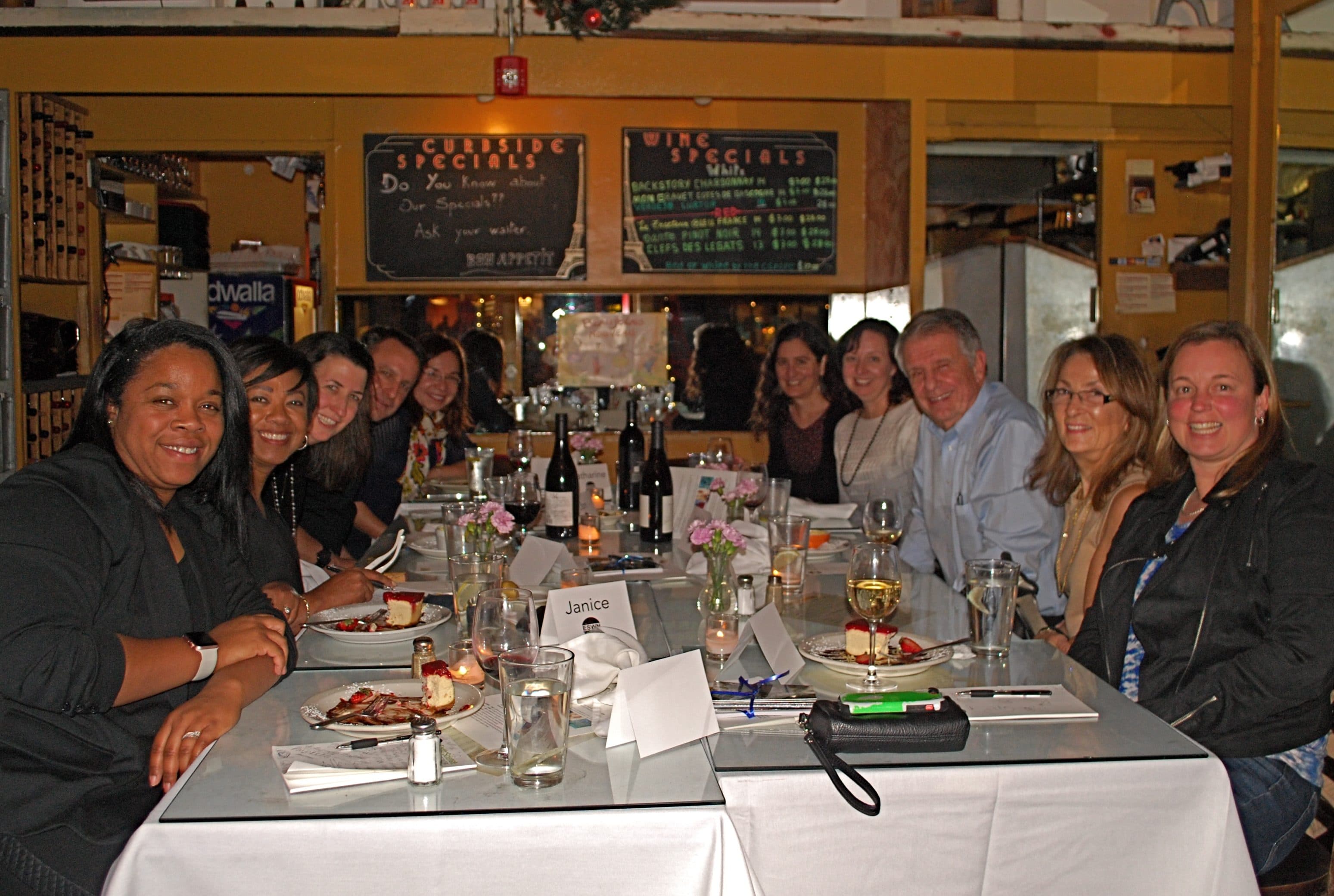 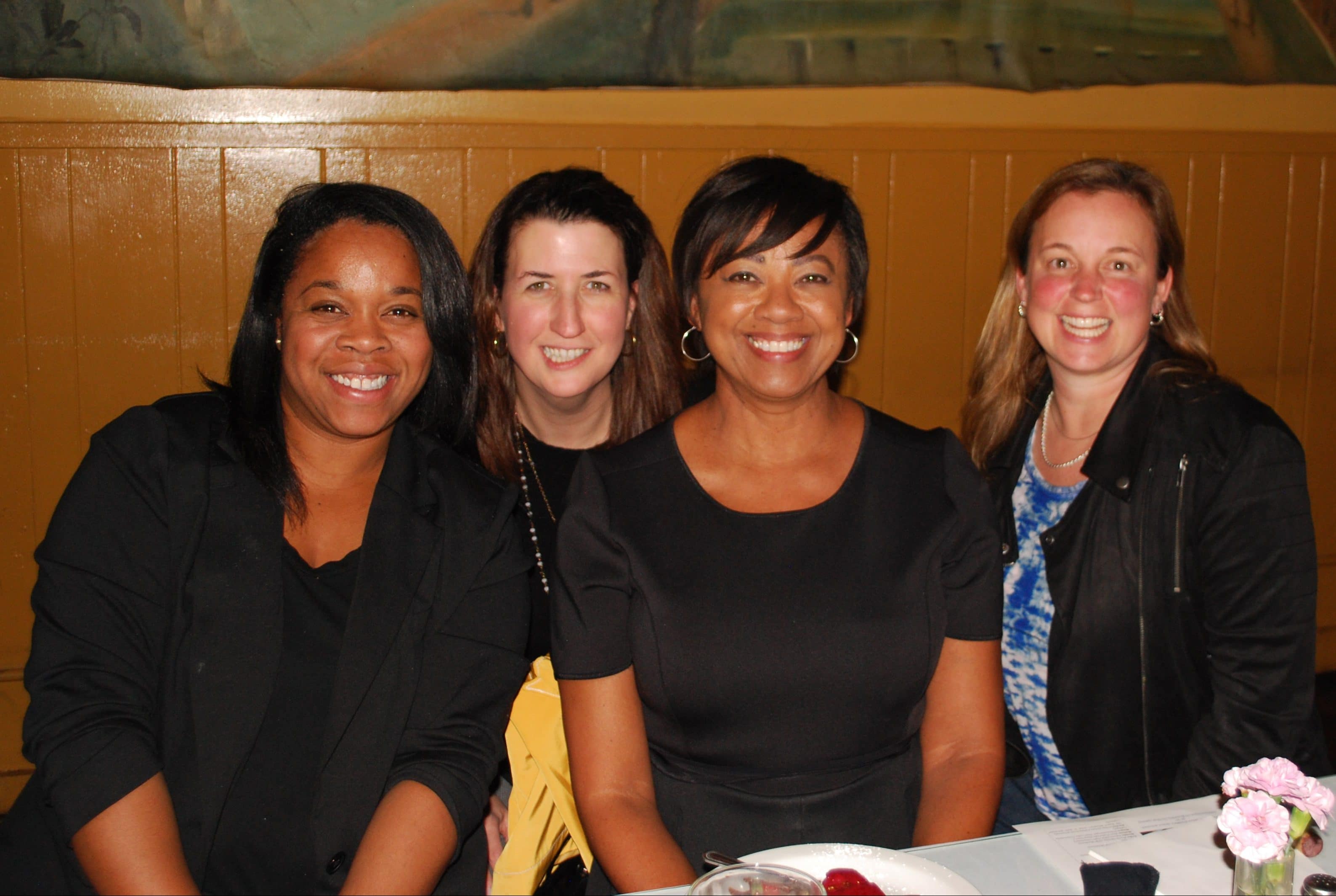