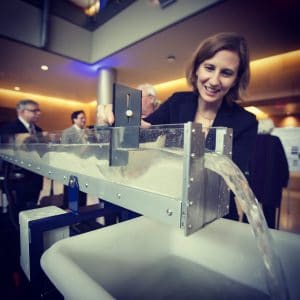 Dr. Alexandra (Alix) Krull Davatzes is a Precambrian and Planetary geologist, specializing in impact processes, sedimentology, and geoscience education. Alix is currently an Associate Professor in the Department of Earth and Environmental Sciences at Temple University in Philadelphia.

Alix earned her BA in Geology from Pomona College, where she got her first taste of research in the planetary sciences during a summer research Keck project. That summer, as she watched Pathfinder land successfully on Mars, she was hooked.  Her interest in planetary geology and biology led her to Astrobiology and studies of the early Earth so she went to get her PhD in Geological Sciences from Stanford University, working in the Precambrian sedimentology research group. She then went on to NASA Ames Research Center to do a postdoc working with the HiRISE camera team on the Mars Reconnaissance Orbiter.

Currently, Alix’s research focuses on studies of impact deposits preserved in western Australia and South Africa from 2.5 to 4 billion years ago, and understanding the climate system in which they formed, funded by her NSF CAREER grant. She is particularly interested in how the intense bombardment of Earth during this time may have affected the early evolution of life.  She is also researching spatial reasoning in the geosciences, collaborating with cognitive scientists to identify interventions to help students develop spatial skills.  The geosciences often require a high level of spatial analysis skills for success, but gaps in such skills tend to exist along gender and socioeconomic divides. Increasing diversity and retention of students in the geosciences depends upon fostering geospatial reasoning, and closing such gaps between student groups. Alix has also worked with the FORWARD to the Professorate program to hold workshops for female early career planetary faculty.  Developing networks matter, and Alix enjoys seeing many of these women at workshops today, successful in their careers. This is one of the main reasons she think the Earth Science Women’s Network is so important! 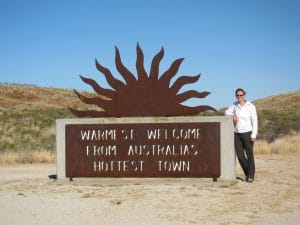 Alix tells all of her undergrad and graduate students to check out ESWN.  She was lucky to have a large group of strong female colleagues in grad school, but still could have used ESWN as a student, particularly when her first child was born during grad school.  These days she particularly appreciate the Facebook page, where she can hear news and find opportunities for her students interested in any field of the geosciences.

When not working, Alix enjoys spending time with her husband, who is also a geologist at Temple University, and watching her two circus-loving kids tumble, juggle, unicycle and flip on the trapeze.