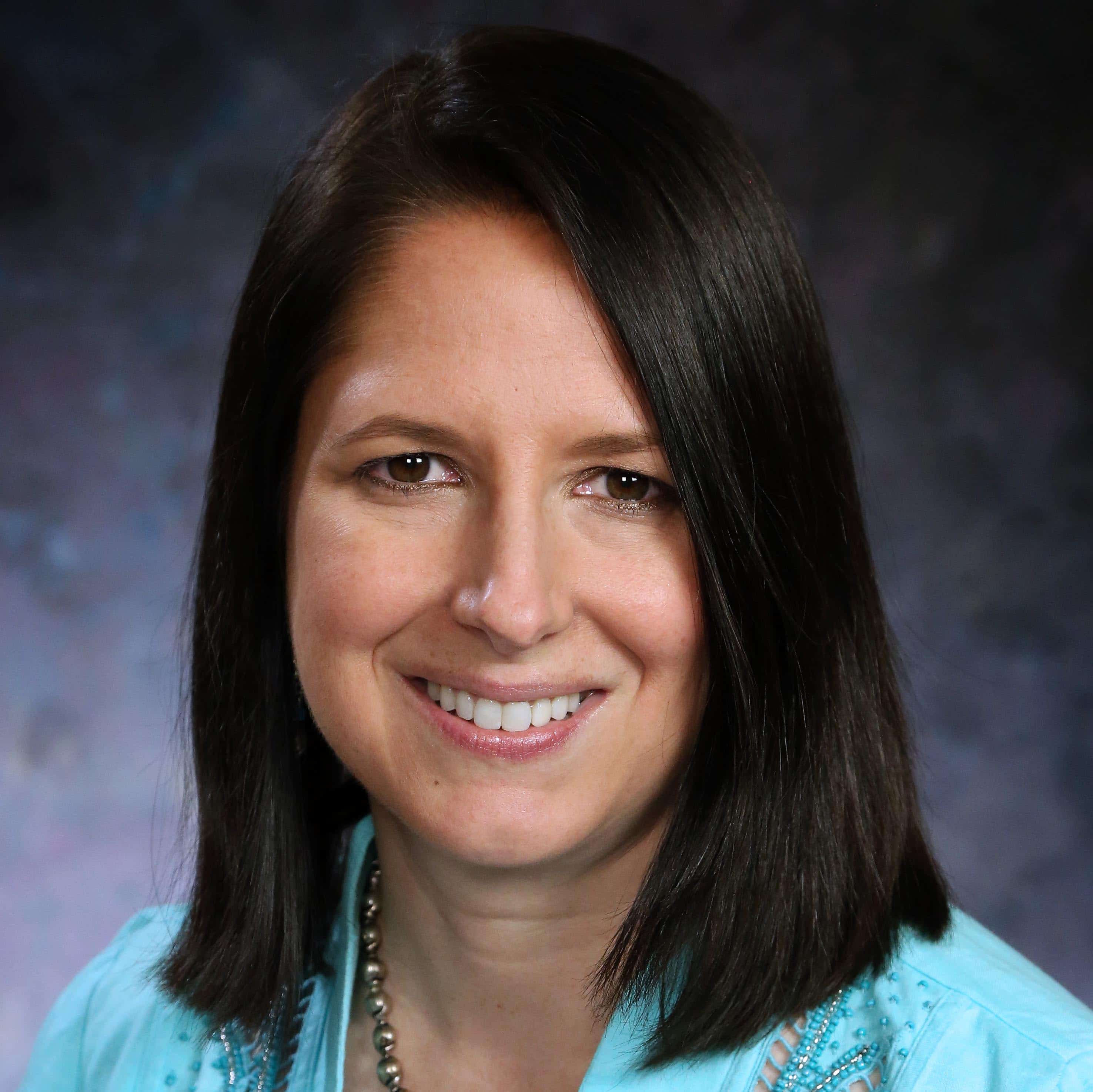 Dr. Cynthia Dinwiddie is an environmental, earth and planetary scientist specializing in hydrogeology. Cynthia earned a Bachelor of Science in Engineering from Walla Walla College with a concentration in mechanical engineering and she minored in mathematics before switching her focus to earth and environmental science in graduate school. Her mechanical engineering background was useful later when she wrote her Master’s thesis on the effect of electromagnetic borehole flowmeter-induced headlosses on the hydraulics of wells, and even later when she wrote her Ph.D. dissertation on a new, small-drillhole minipermeameter probe for in situ permeability measurement. During each project, she developed numerical and semianalytical models of hydraulic and pneumatic flow induced by these material-property–measuring instruments to understand the effect they have on the system and the size and shape of their averaging volumes, and based on such factors, she published guidelines for appropriate use of the instruments. She earned a Master of Science degree in Environmental Systems Engineering and a Ph.D. in Environmental Engineering and Science from Clemson University.

During a job interview with the U.S. Nuclear Regulatory Commission (NRC), she learned about a federally funded research and development center (FFRDC) in San Antonio, Texas, that had been established at Southwest Research Institute® (SwRI®) to support the NRC. The Center for Nuclear Waste Regulatory Analyses specializes in transportation, storage, and disposal of radioactive materials, safety evaluations of nuclear fuel cycle facilities, and environmental assessments of related federal actions. Throughout her extensive interview process with both federal agencies and industry, Cynthia gained invaluable salary negotiating skills. Since joining SwRI, she was promoted from research engineer to senior research engineer and to principal engineer. She recently transferred from the Geosciences and Engineering Division to the Space Sciences and Engineering Division with a new title of principal scientist. For the FFRDC, Cynthia assesses impacts to soils, geology, and water resources and conducts technical reviews of hydrogeologic process simulations of spent nuclear fuel storage and radioactive waste disposal. She conducts environmental assessments under the 1969 National Environmental Policy Act that fulfill the need for federal agencies to evaluate the environmental impacts of their actions.

Cynthia also develops integrated geophysical and remote-sensing characterization methodologies to understand hydrologic processes on Earth and Mars. Her research of Alaskan dunes has provided exciting insights into potential physical processes on Mars. Cynthia and her research team found that even though winter temperatures are well below freezing at the Great Kobuk Sand Dunes in Alaska, liquid water persists year-round within the dunes. This work can help us better understand dunes in Martian polar deserts. Cynthia’s work has included quantifying evolving subarctic thaw lake surface area and forecasting subarctic slope instability under changing climate with landscape-scale risk assessment models. She is developing and evaluating digital terrain models and orthorectified imagery to reduce the backlog of unprocessed planetary optical data. She conducts petrophysical investigations of the heterogeneities of geomaterials and uses instrumentation and geophysical techniques to quantify hydrologic property distributions. She has 17 years of experience in organizing and conducting field investigations in remote environments. 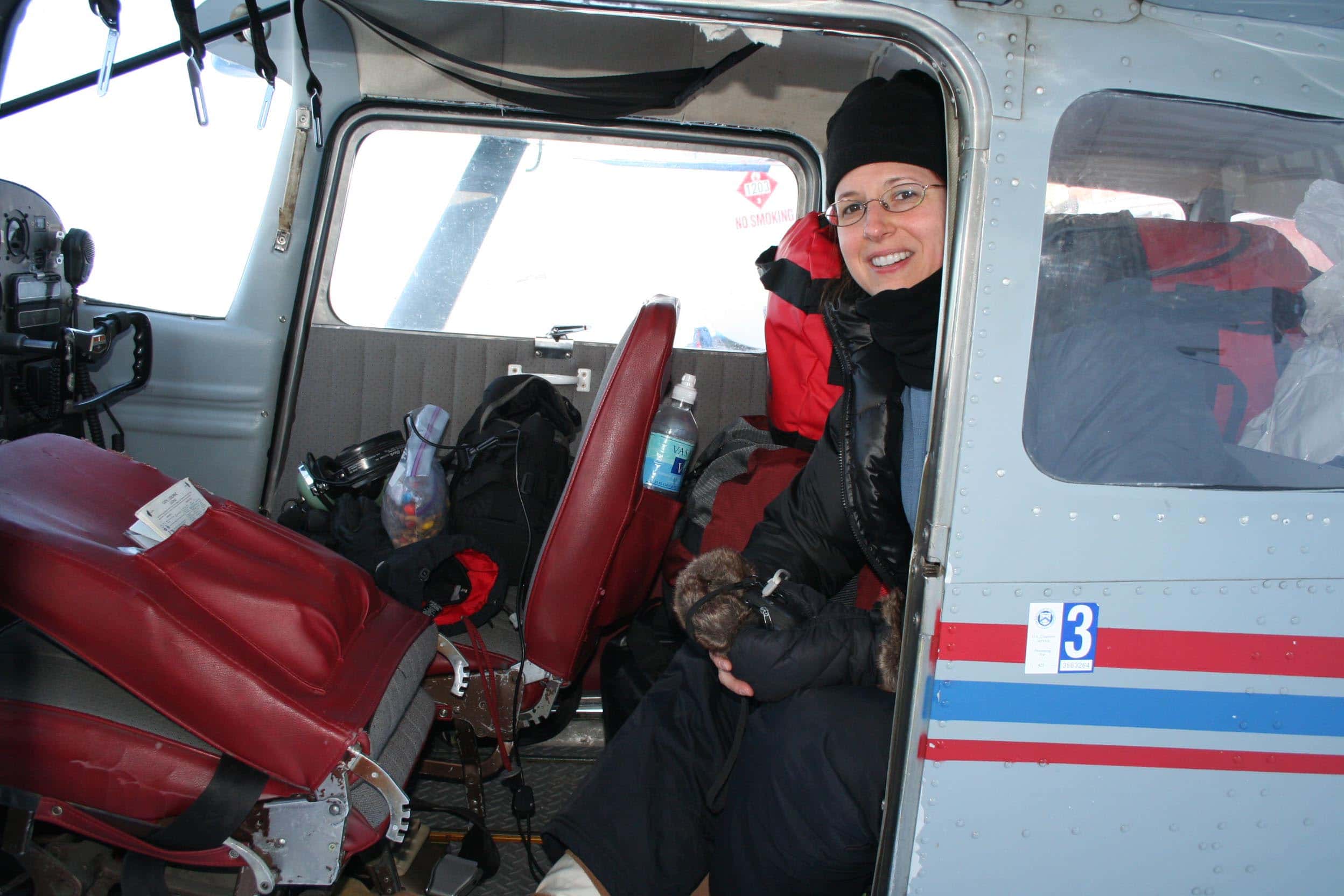 On a ski plane in Kotzebue, before being shuttled to the Great Kobuk Sand Dunes.

Cynthia is a licensed professional geoscientist in the State of Texas, and an engineer-in-training in the State of Washington. Cynthia is the recipient of numerous honors including being named a rising star in 2010 by San Antonio Business Journal’s 40 under 40 listing, which she received for fostering SwRI staff involvement in an internally funded earth system science research initiative targeting development and use of earth observation systems to monitor, mitigate, and adapt to global environmental change. She received the 2007 Rossiter W. Raymond Memorial Award and the 2007 Alfred Noble Prize for an article she published in Reservoir Evaluation & Engineering.

Cynthia was President of the Alamo Chapter of Sigma Xi—The Scientific Research Society in 2007, and continues to remain an active member of its executive board. She strongly recommends joining a local area chapter of Sigma Xi to network with other STEM professionals. Cynthia was asked by AGU to make presentations at a U.S. Congressional geoscience briefing hosted by former Congressman Mike Honda on Capitol Hill in September 2015. In this role, Cynthia advocated for continued federal funding of the geosciences, which in turn stimulates innovation and promotes commercial investments that solve critical geoscience problems across the nation. Cynthia also participated in the September 2016 AGU workshop Sexual Harassment in the Sciences: A Call to Respond. Title IX reform to ensure equal access to STEM educational opportunities remains a critical issue of importance to her. Cynthia also holds memberships in the Geological Society of America and its Divisions of Hydrogeology and Planetary Geology, the National Groundwater Association, the U.S. Permafrost Association, the San Antonio Geophysical Society, and ESWN. Cynthia joined ESWN in September 2011 when the group functioned via listserve. In 2013, when ESWN transitioned to internet portal access, Cynthia’s involvement in the group decreased until after she heard about and joined the ESWN Facebook group 4 years ago. ESWN has proven to be an invaluable source of companionship and support in her STEM endeavors. She looks forward to the day when there is an ESWN mobile app that enhances ease of participation. 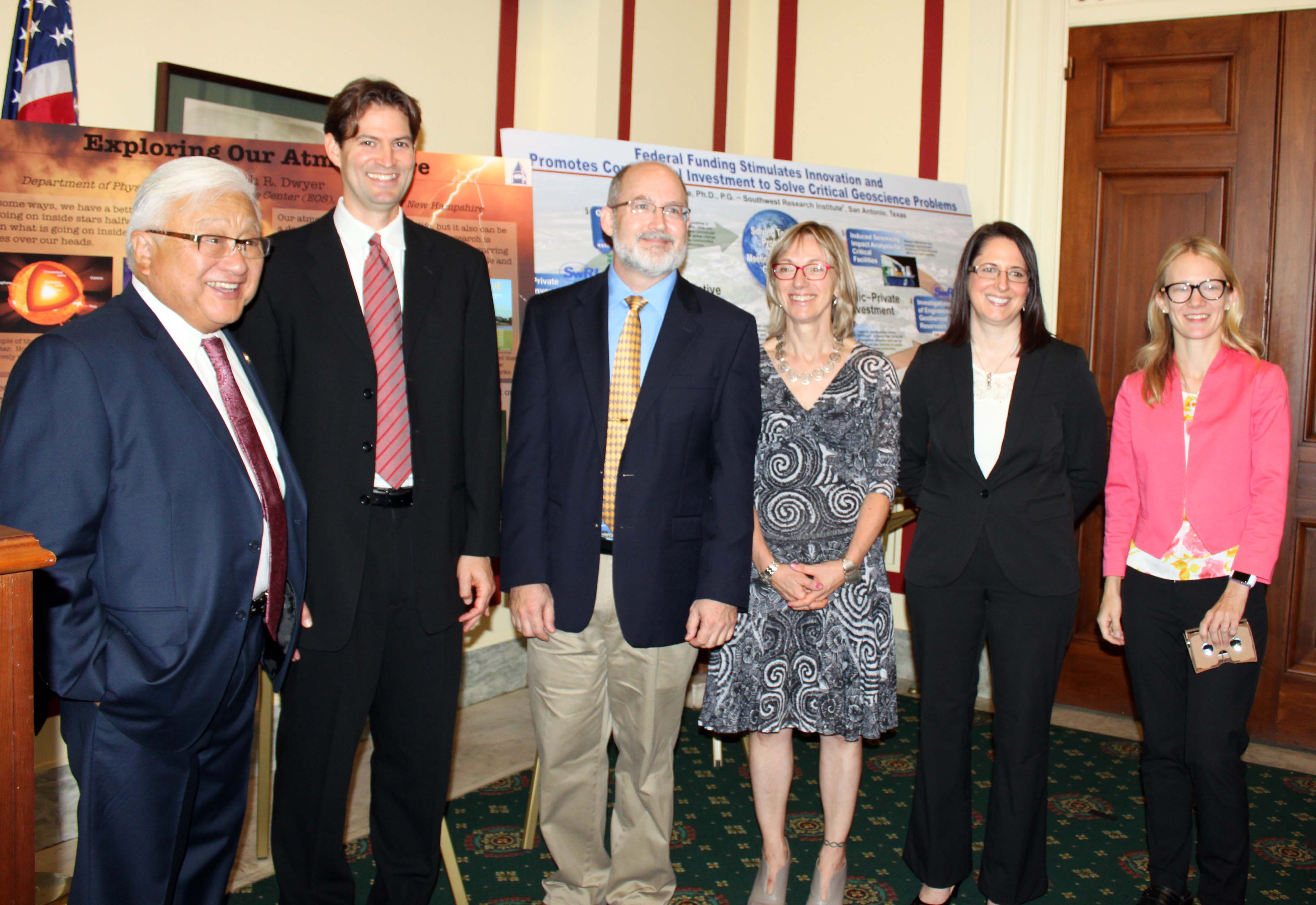 Cynthia and the AGU-sponsored participants in Congressman Mike Honda’s Congressional geoscience briefing, along with Honda himself.