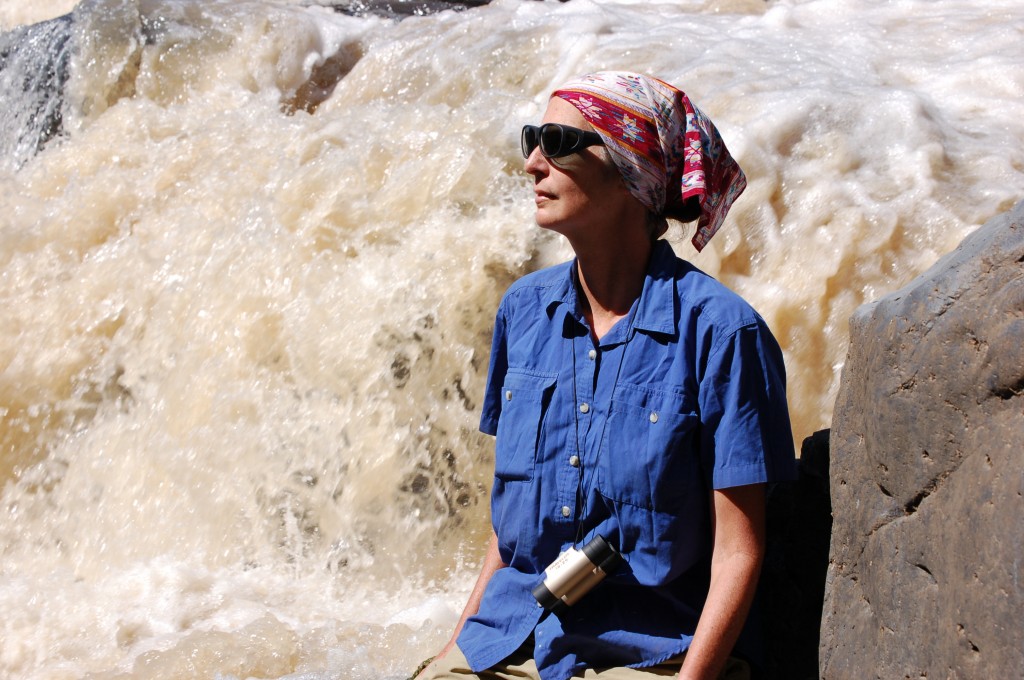 Waterfall in the Awash River on the way back to Addis Ababa from field work in the Tigrai Plateau.

For 18 years, Valery Terwilliger was an assistant and then associate professor in the now Department of Geography and Atmospheric Science at the University of Kansas, where she also held courtesy or affiliate appointments in the Ecology and Evolutionary Biology Department and its Latin American Studies, Environmental Studies, and Quaternary Science Programs. More recently she has been a researcher at the Institut des Sciences de la Terre d’Orléans, a Centre National de la Recherche Scientifique facility in France, and a visiting professor, teaching and conducting research at the University of California, Merced.

Valery studied Biology at Western Maryland College and then worked for 5 years as an agricultural extensionist in Nicaragua (Peace Corps) and as a conservation biologist in Panamá (Smithsonian Tropical Research Institute) and Costa Rica (Peace Corps). She then obtained an MS in Forestry from the University of Florida, and a Ph.D. in Geography from the University of California, Los Angeles. She was subsequently a Lady Davis postdoctoral fellow at the Institute of Earth Science, Hebrew University of Jerusalem, Givat Ram. Following that, she was a postdoctoral research associate in what is now the Department of Earth Science at the University of California, Santa Barbara. It was there that she began to acquire the skills in gas source stable isotopic analyses that would facilitate most of her research thereafter. 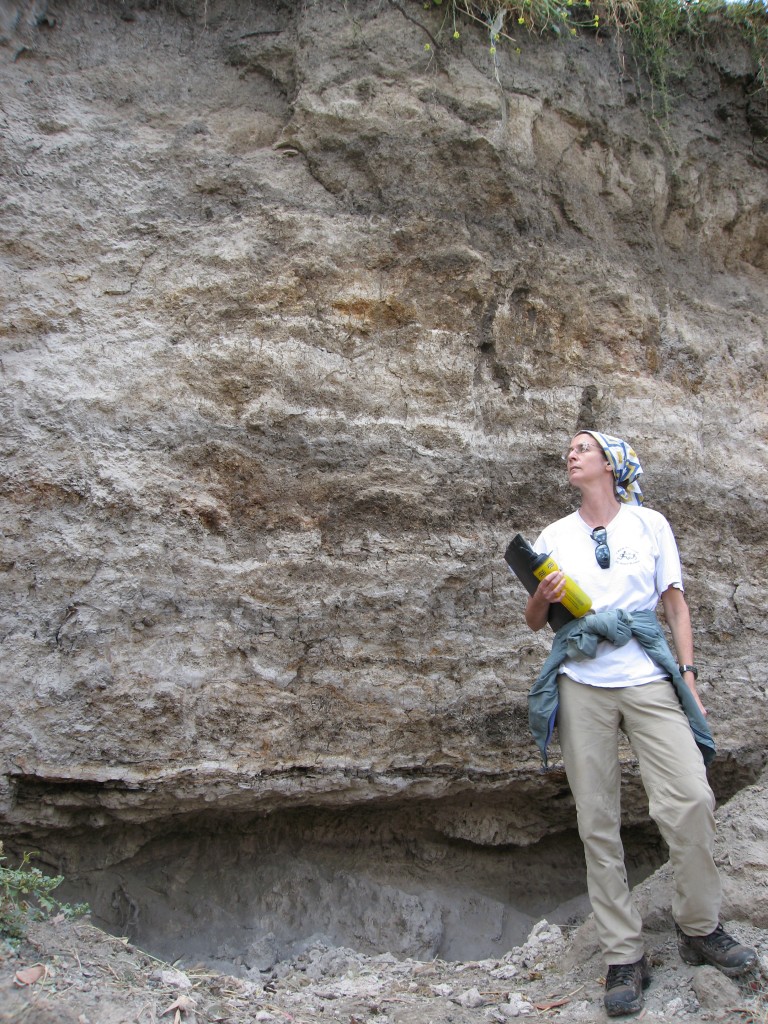 Valery looking for a good ravine to sample in Ethiopia’s Tigrai Plateau.

Valery has conducted and supervised studies to improve knowledge of physical, biological, and biogeochemical influences on stable isotopic compositions of carbon, nitrogen, hydrogen, and oxygen in biological matter from both living and once living organisms. For the last decade, Valery’s greatest research interest has been about whether palaeoenvironmental (climate and land cover) changes influenced the rise and fall of ancient civilizations and how generalizable those influences are. She is finding the Tigrai Plateau of northern Ethiopia to be an exceptional natural experimental system for objectively scrutinizing hypotheses about roles of environment on state formation and decline. Because of its recent history of famines influenced by droughts, many international efforts are being made to increase the region’s agricultural productivity. These efforts are based on generic development guidelines for tropical regions of the world and their effectiveness for the Tigrai plateau could be enhanced by understanding of human/environment interactions of its past.

Valery has long had an obsession with the possibilities for original discovery about the natural world that scientific research affords. Her teacher bestowed Valery with the title “first lady scientist of the first grade” when she was the only girl to check out the class library’s sole science book. She was enthralled with and tried all of the experiment exercises in the book but noticed with disappointment that the people in its illustrations were little blond haired boys and older men in lab coats. Valery has chaired or been a significant mentor of the research of students from a wide variety of ethnic, racial, gender identity, etc. backgrounds. In her early academic career she observed that much less was required of her white male students than of her other students to obtain and keep a tenure-track faculty position. One factor leading to this inequity was ease of acceptance into faculty networks (clubs) that have a legacy of promoting students in their departments for positions at specific other universities. She has been very concerned that the achievements of women and minority students might not get them as far as their white male peers. Valery’s undergraduate advisor (not at the college from which she would graduate) told her the following. “Don’t go burning your bra. This is a man’s field and you have to do it like a man. You can’t get married. You can’t have kids.” She wasn’t sure what he was talking about, especially since he was married and had kids. Valery has succeeded in her scientific career while married to Michael Greenfield, her husband of 34 years, and a biology professor.

Valery joined ESWN in 2010 at the suggestion of one of its members. She is delighted that such a worldwide force exists of women working together. She offers the two bits of advice for those who passionately want a scientific career. First, never give up. Even if reality is giving no signs of hope, don’t give up. Second, although it is great to seek a balanced life, don’t beat up on yourself when imbalances happen. Seize opportunities and do your personal best with them when they arise. 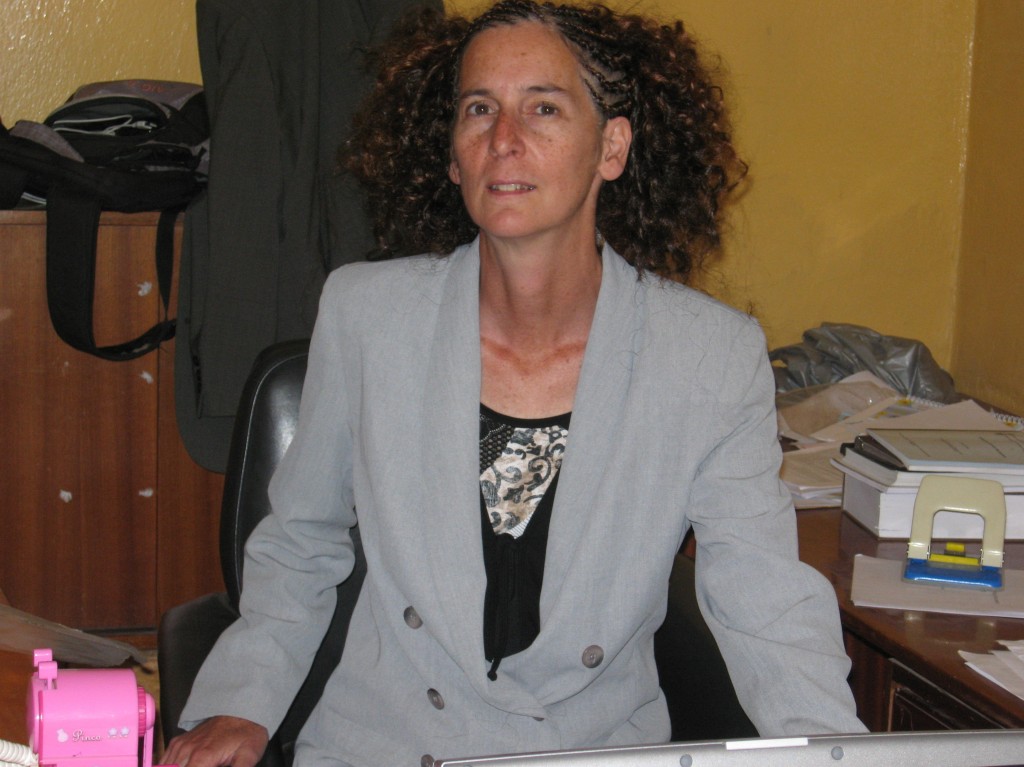 Valery dressed for an Addis Ababa University Master’s student’s (and now an ESWN member’s) thesis defense on the first study of forest history of the Tigrai Plateau. The student was one of two women in a graduate program of 200 students. She received the rare distinction of highest honors for her research. 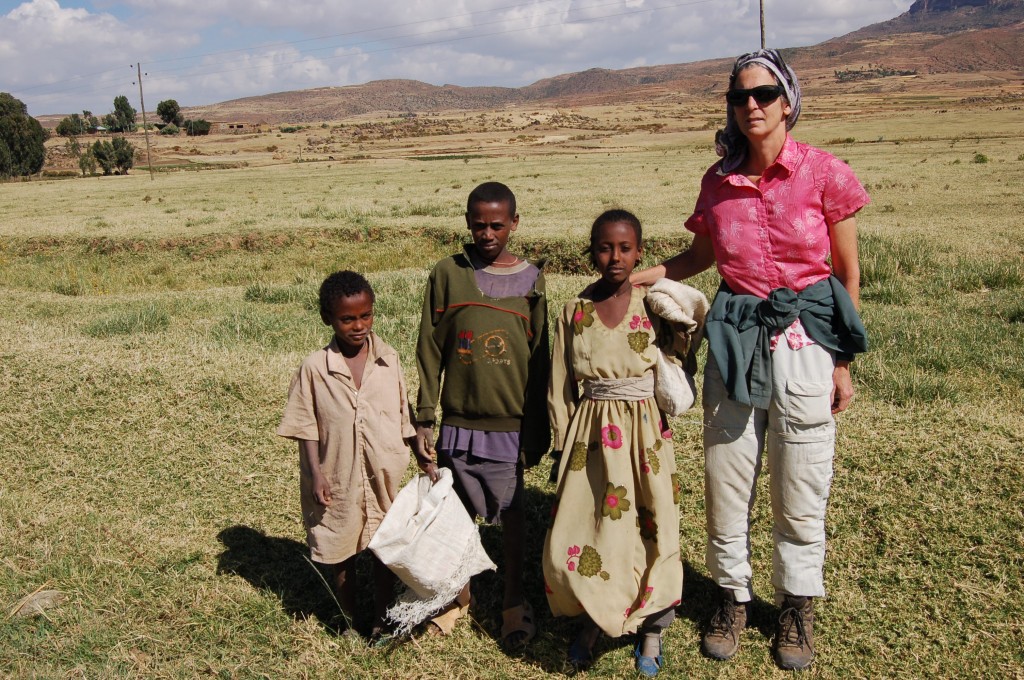 The shepherdess girl pictured insisted on working with Valery’s group at one of their field sites on the Tigrai Plateau. Two years ago, the girl attended Mekelle University. She was unable to continue studying, yet given that she did not come from a literate family, getting admitted to a university was an astounding achievement.